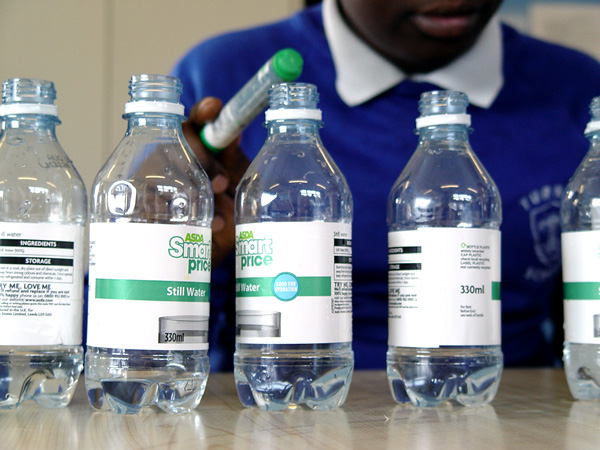 The children were shown four water flutes. These looked like traditional flutes, except they contained some water inside. Each flute was filled with a different volume of water. When we blew into the flutes, Class 2S observed that a musical note could be heard.

We then asked the pupils to think about the sound coming from each flute. Were they different or the same? Class 2S were able to identify that four different notes were being created. We also discovered that the greater amount of water in the flute led to a higher musical pitch being produced.

The pupils then had the opportunity to use this theme during their own table work investigations. Each class member was given a number of plastic water bottles. We encouraged the pupils to fill each bottle with a varying amount, and then use a beater to create a musical note. Once again we found that a large amount of water produced a higher pitch.

Our musical water theme was concluded in Class 2S with the children learning a new water themed song. Debbie helped the children to learn the signs for some of the new words. We added in some solo vocals, and a free choice of percussion. You can listen to some of the lively results in the recording below. 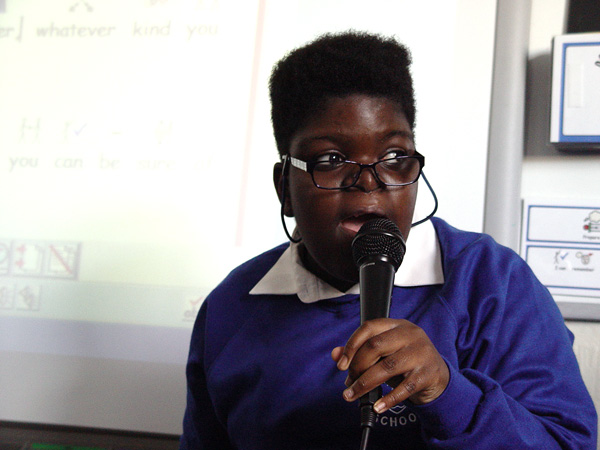